Zombie Boss is a project for Android. The game offers vertical gameplay with cartoon graphics and cutscenes that reveal the story of a zombie-infested world. Gamers will go through missions during which it is necessary to deal with waves of zombies and huge bosses. To do this, you control a huge dead man, who also acts as a headquarters, from where units are called.

Zombie Boss has everything action fans crave for. The game offers a fascinating adventure for a single player. The cartoon style focuses on fun and sets the appropriate mood. Also, this project draws inspiration from genres like arcade, zombie games, top down games. You will learn about the release date as well as read news, reviews and other stuff related to Zombie Boss. You'll also find user reviews, upcoming events, and more. 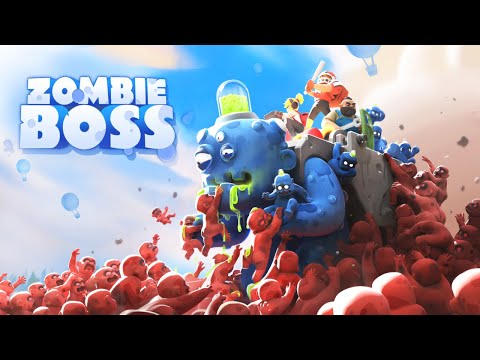 Zombie Boss is a mobile game that is available on Android; we don't have information about the iOS version. The project has cartoon graphics and a vertical gameplay, where you ride a giant zombie a...