Wings of Heroes is a flight simulator that was clearly inspired by War Thunder. It probably tells about the battles of aircraft of different nations, including Britain, the USA, Japan and the USSR, during the First and Second World Wars. Control in Wings of Heroes, though smooth, you need to get used to it. In general, you have two actions: changing the flight course and increasing or decreasing engine power.

Wings of Heroes is an interesting mobile game in the simulator genre. Wings of Heroes is about multiplayer with interesting features. Historical moments with connection to the story are the distinctive features of this game. Also, this project draws inspiration from genres like war game, beautiful games. On this page you will find all the information about this game, namely the release date, platforms, videos and screenshots, publications and more. 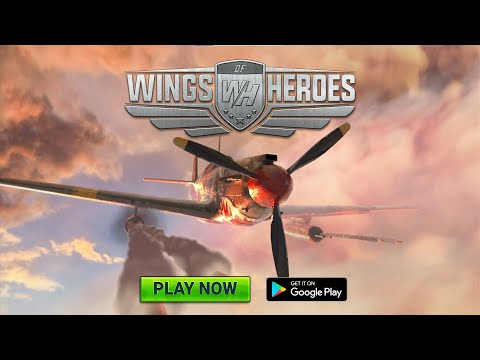 Wings of Heroes is a flight simulator for smartphones. So far, we can only speak for the Android version; there's no info on the iOS one. There might be no multiplayer in this game, but you can fig...