War Thunder Legends is a new mobile project that will become a competitor to other marine arcades. Players will be able to try the warships of the Second World War, and their characteristics correspond to the real ones, although War Thunder Legends is not a simulator. In total, there are more than 20 ships of the following nations in the game: USA, Germany, Japan, Great Britain and the USSR.

War Thunder: Legends is an interesting mobile game in the action genre. Gameplay is built upon multiplayer, entertainment, and interaction with other players. The project is set in the modern days and this setting is quite suitable. Also, this project draws inspiration from genres like arcade, games about war. War Thunder: Legends has been developed by Gaijin Entertainment. On this page you will find all the information about this game, namely the release date, platforms, videos and screenshots, publications and more. 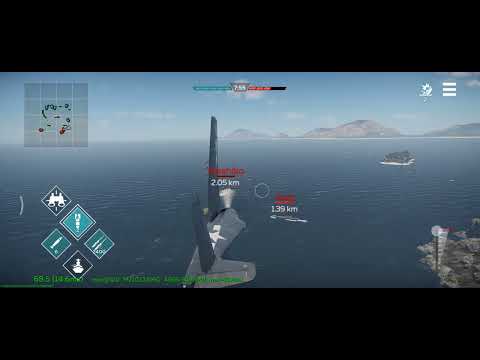 War Thunder Legends has naval battles, helicopters, and airplanes in one mix

War Thunder Legends is a mobile game that is available on Android; there is no word about the iOS version. Players are split up into two teams. Before going to fight, they need to choose a battlesh...