This is a pretty arcade project with elements from an RPG. The battles are automatic, we need to place the squad correctly. To dominate the enemy, you need not only to look at the rarity of the character, but also his class with the elements. By the way, over time, heroes evolve, just like in Pokemon. The developers promise tactical moments, for example, you can block the passage of melee units and fire at them behind cover.

Valor Legends: Eternity is an interesting mobile game in the rpg genre. Gameplay is built upon multiplayer, entertainment, and interaction with other players. Story takes place in a quite unusual fantasy world with many interesting events. Also, this project draws inspiration from genres like arcade, turn-based. Valor Legends: Eternity has been developed by Century Games. On this page you will find all the information about this game, namely the release date, platforms, videos and screenshots, publications and more. 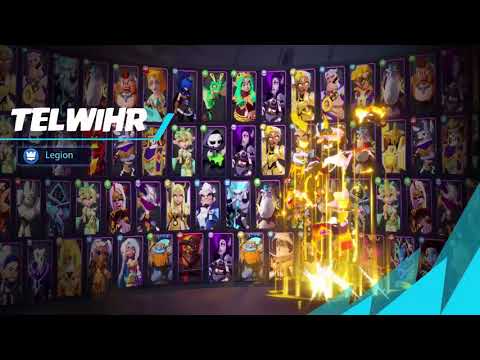 The Castle of Night