Undead Raid is a mobile arcade game that is available on Android. In it, we go through biomes, destroying monsters and bosses. The gameplay is vertical, and the character himself shoots at enemies when you are standing still. As we level up, we are offered one of three skills to choose from. By the way, the local setting, fonts and items are clearly taken from the Diablo franchise; even the icon is the same, only instead of Diablo Immortal, Chinese developers took it from Diablo III.

Undead Raid is an interesting mobile game in the action genre. The game offers a fascinating adventure for a single player. Dark atmosphere of this game sets you for the serious and ongoing events. Also, this project draws inspiration from genres like arcade. Here we have collected everything about Undead Raid, namely news, articles, videos, screenshots, user reviews and similar games. 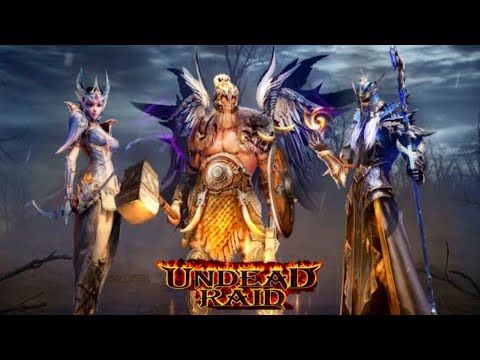