War 2061 is a mobile strategy game in which we control the army and perform tasks in real time. As a setting, the developers chose the exploration of new planets and the distant future, so the game resembles StarCraft. The locations are corridor, the main goal is to destroy the enemy's main tower, which simultaneously releases beams at several detachments. Then its own base is being built in its place, which begins to bring resources.

The War 2061 is an interesting mobile game in the strategy genre. The game offers a fascinating adventure for a single player. The setting of the game is the not too distant future, which means players should expect flying cars, laser rifles and other sci-fi inventions. Also, this project draws inspiration from genres like rts. Here we have collected everything about The War 2061, namely news, articles, videos, screenshots, user reviews and similar games. 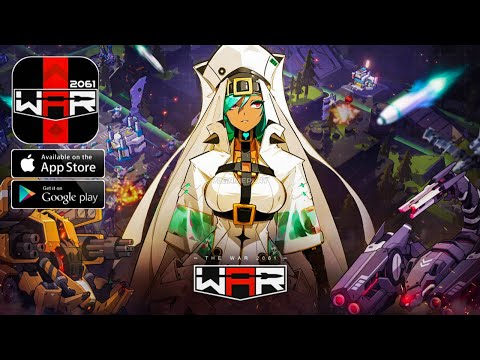 Strategy project War 2061 might remind you of Red Alert

War 2061 is an RTS for smartphones. Another beta test will start tomorrow, you can pre-download the client and be one of the first. You have time to test the game until 1st of June. We can only con...

Frostpunk: Beyond the Ice