The Returner Campaign is a mobile geo-strategy that can resemble the Command & Conquer series. For example, we can choose one of three factions, their prototypes were clearly Russia during the Empire, Germany and the USA. Interestingly, the project combines elements of World War II and futuristic robots with laser guns. Players will have to send workers to build a new base and explore, because everything is shrouded in the fog of war. The plot is served through video inserts on the game engine and text dialogues, unfortunately, not voiced in English.

The Returner Campaign is an interesting mobile game in the strategy genre. The main focus in this game is on single-player adventure with attention to details. The setting of the game is the not too distant future, which means players should expect flying cars, laser rifles and other sci-fi inventions. Also, this project draws inspiration from genres like beautiful games, top down games. The Returner Campaign has been developed by Globalgamejourney Limited. On this page you will find all the information about this game, namely the release date, platforms, videos and screenshots, publications and more. 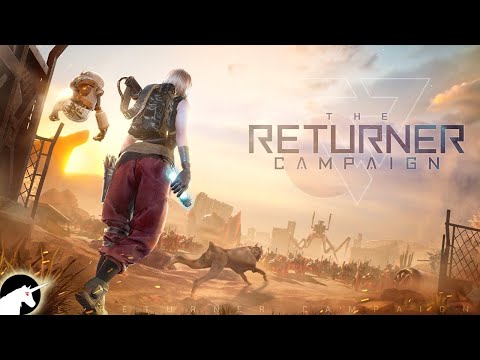 Strategy game The Returner Campaign is out in some countries

The Returner Campaign is a mobile project that is available in Google Play in some countries. It's a geo-strategy that might remind you of Command & Conquer franchise. There are three factions ...