The action takes place in the same universe as Tesla vs Lovecraft, but there are an order of magnitude more gameplay possibilities. Firstly, worlds and individual levels are randomly generated. Secondly, you can now play not only for Tesla, but also for Lovecraft himself, as well as for the scientist Marie Curie and the writer Mary Shelley. Of course, they will have their own skills, and even more weapons will appear in the game.

Tesla Force has everything action fans crave for. The game offers a fascinating adventure for a single player. Historical moments with connection to the story are the distinctive features of this game. Also, this project draws inspiration from genres like shooter, top down games, lovecraft. Tesla Force has been developed by 10tons Ltd. You will learn about the release date as well as read news, reviews and other stuff related to Tesla Force. You'll also find user reviews, upcoming events, and more. 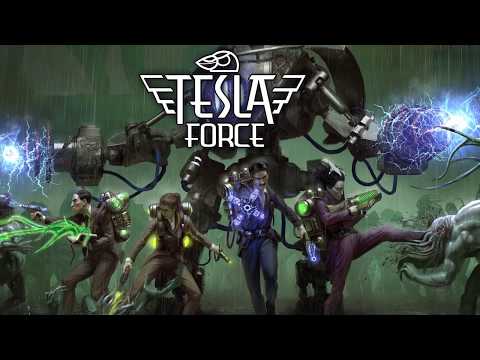