Tank Strike is an arcade game for smartphones. The basis of the gameplay has remained unchanged since the days of the "Tanchiki" on Dandy — the player chooses the best combat vehicle and participates with other gamers in fights filled with action. Interestingly, the developers have added many modes: typical levels, team, crystal war, hunting, solo and against the boss.

Tank Strike is an interesting mobile game in the action genre. Tank Strike is about multiplayer with interesting features. The cartoon style focuses on fun and sets the appropriate mood. Also, this project draws inspiration from genres like arcade, games with tanks. Tank Strike has been developed by DWA STUDIO. Here we have collected everything about Tank Strike, namely news, articles, videos, screenshots, user reviews and similar games. 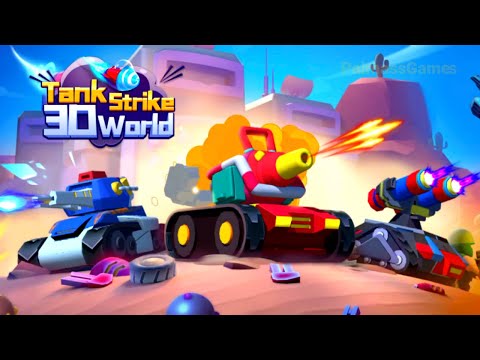