Star Trek Lower Decks Mobile is a mobile idle game in which you will start preparing for a space party. But first you need to train the personnel of the Star Trek fleet in virtual reality, only at one point everything went wrong — artificial intelligence captured the computer system of your ship, so now you need to go on adventures along various milestones in the history of Star Trek.

Star Trek Lower Decks Mobile is an interesting mobile game in the rpg genre. The main focus in this game is on single-player adventure with attention to details. The setting of the game is the not too distant future, which means players should expect flying cars, laser rifles and other sci-fi inventions. Also, this project draws inspiration from genres like idle games. Star Trek Lower Decks Mobile has been developed by East Side Games. On this page you will find all the information about this game, namely the release date, platforms, videos and screenshots, publications and more. 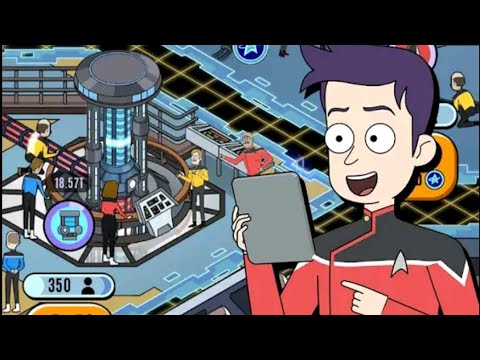 Star Trek Lower Decks Mobile is an idle game for iOS and Android that you can download now. Your goal is to train spaceship personnel in a virtual reality before a party starts. But there's one pro...