Rotaeno is a rhythm game in an anime style. Instead of the typical gameplay as in Guitar Hero, we are offered levels with the camera rotating left or right using a gyroscope, and the developers have also added a special action "fast rotation", for which points are awarded. In addition, you need to tap and swipe to the beat of the music.

Rotaeno is an interesting mobile game in the adventure genre. It's unusual to bring so much attention to single player in a game like Rotaeno The main style of the project is anime, which means that the player should expect cute waifus with an emphasis on teenage and adult audience. Also, this project draws inspiration from genres like musical game. Rotaeno has been developed by X.D. Network. Here we have collected everything about Rotaeno, namely news, articles, videos, screenshots, user reviews and similar games. 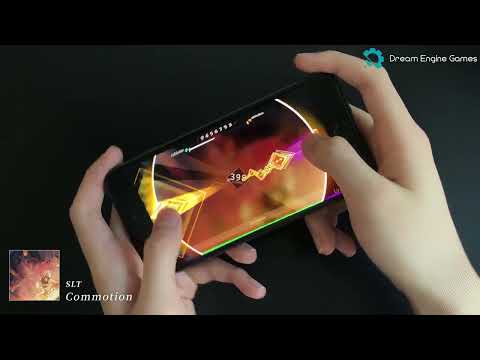 The anime music game Rotaeno has been released

Rhythm game Rotaeno will be released at the end of May

A Story of A Company!