Rise of Eros is a mobile role-playing game where you control a group of realistic vayfu. They are not averse to saving the fantasy world, although they are also not averse to something else. Yes, the game is intended for an audience of 18+, which the developers ask about when going to their website. You will be able to build relationships with different 3D characters, as well as participate in the following 3 modes: model, memory and free.

Rise of Eros has everything rpg fans crave for. The game offers a fascinating adventure for a single player. The main style of the project is anime, which means that the player should expect cute waifus with an emphasis on teenage and adult audience. Also, this project draws inspiration from genres like beautiful games, adult games, turn-based. You will learn about the release date as well as read news, reviews and other stuff related to Rise of Eros. You'll also find user reviews, upcoming events, and more. 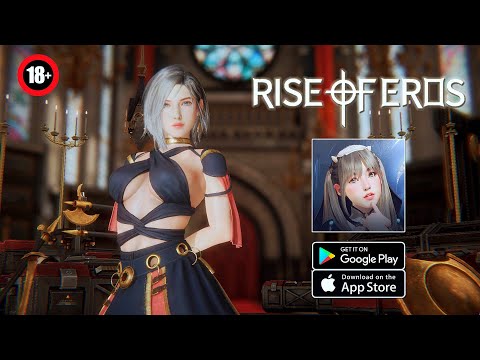 Rise of Eros is like RAID: Shadow Legends but for adults (18+)

Rise of Eros is a turn-based RPG where you collect a group of rare heroes. But we would lie saying it's the main reason for downloading this game. You can't do it via App Store and Google Play beca...

Rise of Eros is the mobile game for adults