Renaissance Fighters is an arcade beat 'em up where you play the role of Leonardo da Vinci, who was considered a weakling by everyone until he invented the "muscle machine"; only he did not know that its activation would summon demons into our world. Now he has to deal with them. Players will have an easy pumping of cards that affect different da Vinci indicators; this will allow them to move on to the next stages.

Renaissance Fighters is an interesting mobile game in the rpg genre. The main focus in this game is on single-player adventure with attention to details. Historical moments with connection to the story are the distinctive features of this game. Also, this project draws inspiration from genres like beat ’em up, fighting. Renaissance Fighters has been developed by Springcomes. On this page you will find all the information about this game, namely the release date, platforms, videos and screenshots, publications and more. 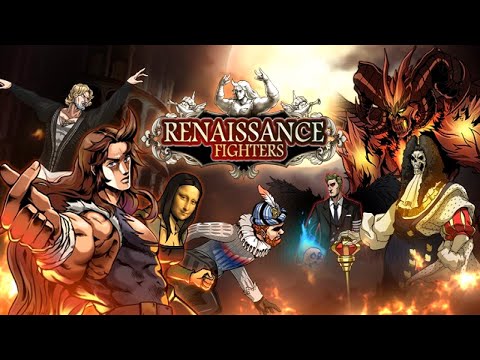 Renaissance Fighters is a mobile arcade game with "beat 'em up" at the heart of it. If you ever wanted to play like the pumped Leonardo da Vinci, this is the right place to start. Although the main...