Rallycross Track Racing — arcade rally racing on smartphones. There are a lot of cars in it, which are divided into 3 classes: A, B and S. The races themselves are divided into several seasons, you need to pass them sequentially to open new ones. In the early version of the game, a board of honor, a season pass and a gacha system for obtaining in-game currency or new wheelbarrows are already available. A good drum and bass is playing in the background, only the graphics have failed - except for car models, it remained at the PSP level.

Rallycross Track Racing is an interesting mobile game in the racing genre. Gameplay is built upon multiplayer, entertainment, and interaction with other players. The project is set in the modern days and this setting is quite suitable. Also, this project draws inspiration from genres like gacha. On this page you will find all the information about this game, namely the release date, platforms, videos and screenshots, publications and more. 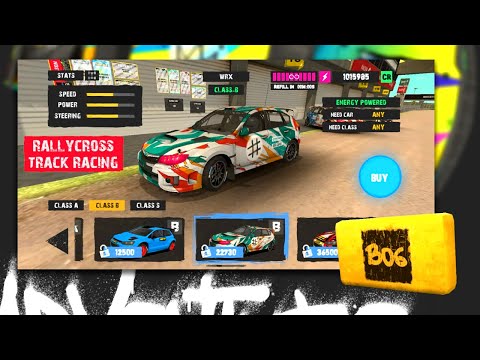