Project V is a mobile role-playing game where you assemble a squad of characters in a world with a medieval fantasy setting. The plot is revealed through text dialogues, and battles take place between them. In fact, you turn on auto mode and watch the characters move around the cells and attack the enemy. The developers also added animated cut scenes.

Project V is an interesting mobile game in the rpg genre. It's unusual to bring so much attention to single player in a game like Project V The main style of the project is anime, which means that the player should expect cute waifus with an emphasis on teenage and adult audience. Also, this project draws inspiration from genres like turn-based, gacha. Here we have collected everything about Project V, namely news, articles, videos, screenshots, user reviews and similar games. 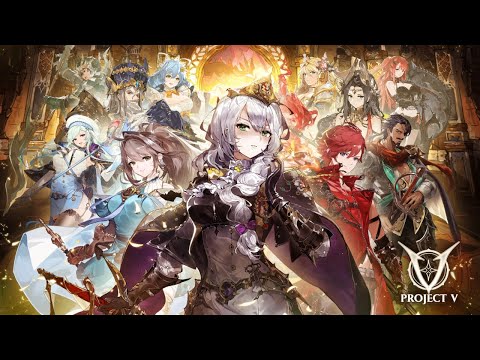