Project Snow is a third-person shooter game similar in gameplay to Punishing: Gray Raven, only with better graphics and animation. We will fight off waves of enemies in small arenas, using not only firearms and switching between heroes, as in Genshin Impact, but also obstacles with drones.

Project Snow is an interesting mobile game in the action genre. The game offers a fascinating adventure for a single player. The main style of the project is anime, which means that the player should expect cute waifus with an emphasis on teenage and adult audience. Also, this project draws inspiration from genres like third-person. Project Snow has been developed by Bilibili Inc. Here we have collected everything about Project Snow, namely news, articles, videos, screenshots, user reviews and similar games. 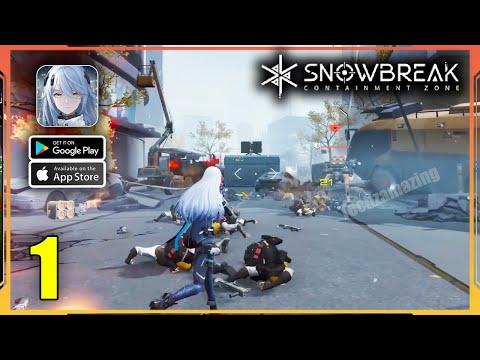 Project Snow is available for a short time in China as an early version. Not everyone could get to the CBT, you had to have an invitation from the developers; otherwise there's no chance to get pas...