Odin's Rune: Idle RPG is a mobile project. It has vertical gameplay with rewards for every sneeze. Your task is to assemble a squad of rare heroes and complete as many missions as it takes to level up and enter serious PvP. I am glad that the developers give free spins at the start, but even this does not help, since the difference with the next opponent is a maximum of 300 points of total strength.

Odin's Rune is an interesting mobile game in the rpg genre. The game offers a fascinating adventure for a single player. Story takes place in a quite unusual fantasy world with many interesting events. Also, this project draws inspiration from genres like gacha. Odin's Rune has been developed by Bozzy Games. Here we have collected everything about Odin's Rune, namely news, articles, videos, screenshots, user reviews and similar games. 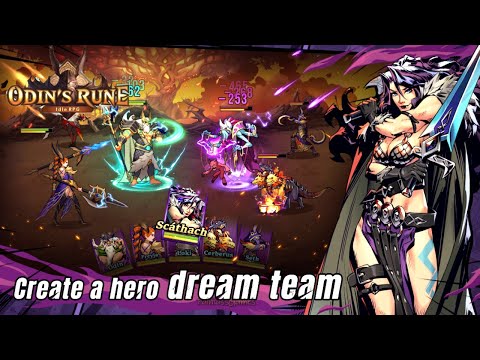 Odin's Rune: Idle RPG is a mobile project that is available on Android in the US. The game has vertical gameplay with rewards for every step. Your goal is to assemble a team of rare heroes and comp...