Nova Battles is a mobile arcade game in which 6 players are divided into 2 teams and fight in a small arena. The cartoon graphics and the gameplay itself were clearly taken from Brawl Stars. Of the modes in the game there is hunting, football, collecting stars and tower defense. Top players will be able to receive NFT tokens, but for this they will have to discover different Champions and pump them to unlock skills to increase the speed of movement, treatment, protection and jerks.

Nova Battles is an interesting mobile game in the action genre. Nova Battles is about multiplayer with interesting features. The cartoon style focuses on fun and sets the appropriate mood. Also, this project draws inspiration from genres like arcade, nft game. Here we have collected everything about Nova Battles, namely news, articles, videos, screenshots, user reviews and similar games. 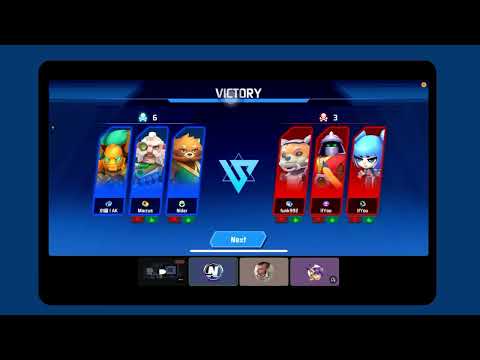