Maximus 2 is a project for iOS and Android. As in the first part, the developers took inspiration from the Golden Ax series, so you can play with up to three friends online or on one device with Bluetooth controllers. Interestingly, instead of moving from level to level, players will find themselves in a non-breaking universe, although we expect auto-save.

Maximus 2 has everything action fans crave for. Global multiplayer is the key of this project. The cartoon style focuses on fun and sets the appropriate mood. Also, this project draws inspiration from genres like beat ’em up, indie game, arcade. Maximus 2 has been developed by Four Fats. You will learn about the release date as well as read news, reviews and other stuff related to Maximus 2. You'll also find user reviews, upcoming events, and more. 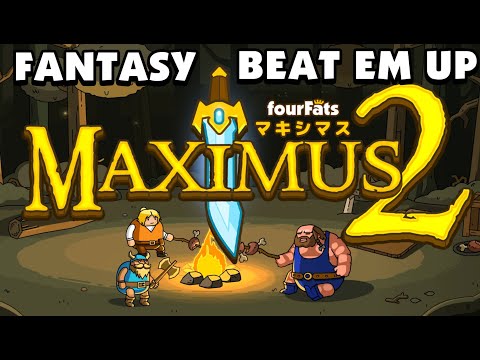