This dark platformer, the heroine of which is a little girl, tells the eerie story of her adventures aboard a mysterious underwater ship. The vessel called "Womb" is inhabited by monsters and strange creatures, filled with traps and deadly dangers. The heroine of the game will have to go all over the ship, from its lowest deck to the top to break free. The world of this game resembles a nightmare from which there is no way out, its twilight is depressing, and endless rooms and corridors only aggravate the feeling of hopelessness and loneliness. But the heroine is not discouraged, and the ingenuity and endurance of the gamer will help her to escape, defeating all her fears.

Little Nightmares is an interesting mobile game in the platformer genre. The game offers a fascinating adventure for a single player. The cartoon style focuses on fun and sets the appropriate mood. Also, this project draws inspiration from genres like horror. Little Nightmares has been developed by Playdigious. On this page you will find all the information about this game, namely the release date, platforms, videos and screenshots, publications and more. 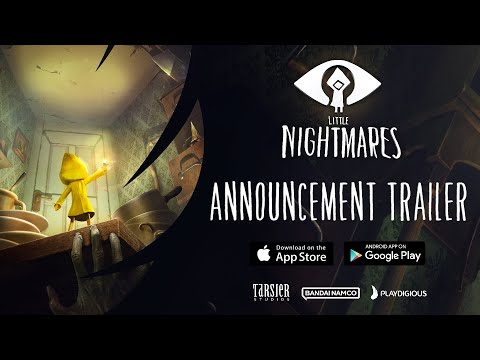 Mobile version of Little Nightmares was announced for this winter

Little Nightmares is a survival horror game with elements from different genres like platformers and quests. The project came out on PC and consoles in 2017, and now Bandai Namco wants to bring it ...

She is Mad: Pay Your Demon