Kurukshetra: Ascension is a card game. In it, gamers choose a commander and play cards according to a scheme similar to Hearthstone. Players should expect fantasy creatures, oriental soundtracks and the ability to walk face to get rid of the opponent's cards. The developers of Kurukshetra: Ascension promise hundreds of unique cards and the ability to create decks with easy or difficult tactics. Gradually we rise in rank, starting with the Bronze league and ending with the Master.

Kurukshetra: Ascension is an interesting mobile game in the card game genre. Gameplay is built upon multiplayer, entertainment, and interaction with other players. Story takes place in a quite unusual fantasy world with many interesting events. Also, this project draws inspiration from genres like games with animals. On this page you will find all the information about this game, namely the release date, platforms, videos and screenshots, publications and more. 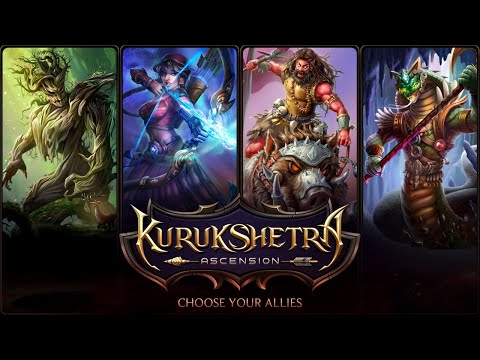 Kurukshetra: Ascension is a mobile project that has appeared in Google Play. There's no information about the iOS version. It's an CCG like Hearthstone so expect fighting it out on a small arena wi...