This project was released back in 2011, so the interface and graphics may seem outdated. To win turn-based battles, the main thing is to assemble the right squad; it can consist of cards of different rarity and roles in the team — it can be half healer, half magician, knight, rider, crossbowman and so on. In addition to the main attack, they have skills that we live independently by choosing a target in advance.

King's Bounty Legions is an interesting mobile game in the strategy genre. The main focus in this game is on single-player adventure with attention to details. The cartoon style focuses on fun and sets the appropriate mood. Also, this project draws inspiration from genres like turn-based, medieval. King's Bounty Legions has been developed by Nival. On this page you will find all the information about this game, namely the release date, platforms, videos and screenshots, publications and more. 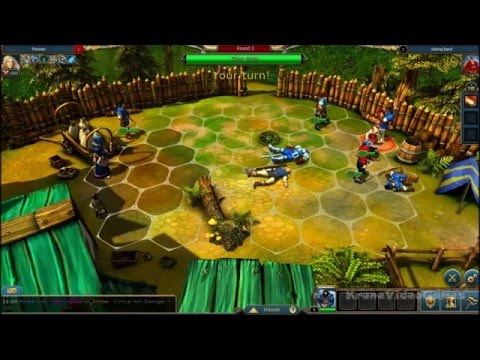