Hypnos is a project for smartphones. You go through the levels and open new rooms in which robots are waiting for opponents. Players take on the role of a person who has lost his memory, while he works in an organization that helps others to overwrite memories. In one of these sessions, he recalls that he was involved in the struggle of different groups for power. In the end, everything will be like in the Matrix — you are either fighting, or you are adjacent to the apparent reality.

Hypnos is an interesting mobile game in the puzzle genre. It's unusual to bring so much attention to single player in a game like Hypnos The game's setting is cyberpunk with corporations, futuristic locations, and implants. Also, this project draws inspiration from genres like gacha. Here we have collected everything about Hypnos, namely news, articles, videos, screenshots, user reviews and similar games. 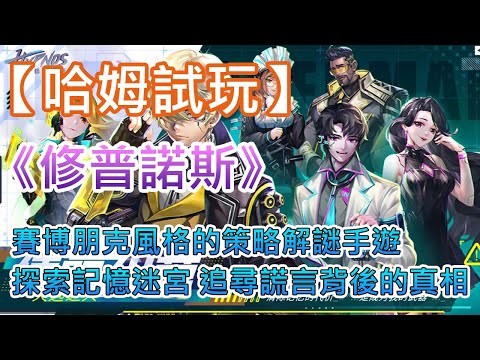 Hypnos is a mobile game that appeared in Chinese TapTap. We can confirm an Android version, but there's no information about the iOS one. Judging by the video footage provided by YouTube content cr...