Imagine that a hellish city with demons and their bosses is the only place where there are cartridges for guns. This is how the Hyperdemon mobile runner begins. Your task is to drive away from the army of evil spirits by shooting at them with a pistol, shotgun, revolver, AK-47 and other guns. The problem is that your enemies are very mobile and getting into them before they run up to your car is not an easy task.

Hyperdemon is an interesting mobile game in the action genre. The game offers a fascinating adventure for a single player. Developers have decided to make their project in a pixel style, which gives the project its own charm. Also, this project draws inspiration from genres like shooter, runner. Here we have collected everything about Hyperdemon, namely news, articles, videos, screenshots, user reviews and similar games. 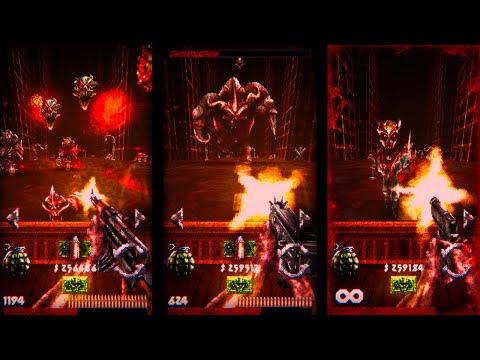 Runners as a mobile gaming genre were popular during the craze of the mid 2010s. The examples are Subway Surfers, Temple Run 2, and many more. And although we don't hear too much from these devs, t...