Higan: Eruthyll is a mobile RPG with anime style and Genshin Impact level graphics (it's not a byte). Despite the fact that this is an early version, the developers have already added cinematic inserts and voiced dialogues with professional actors. As for the gameplay, judging by the video, you collect cards from anime vayfu and use them to activate skills. Yes, your squad automatically fights on the battlefield from the very beginning and there is no need to summon individual units, you are simply responsible for spells.

Higan: Eruthyll is an interesting mobile game in the card game genre. The game offers a fascinating adventure for a single player. The main style of the project is anime, which means that the player should expect cute waifus with an emphasis on teenage and adult audience. Also, this project draws inspiration from genres like turn-based, beautiful games. Higan: Eruthyll has been developed by Bilibili Inc. On this page you will find all the information about this game, namely the release date, platforms, videos and screenshots, publications and more. 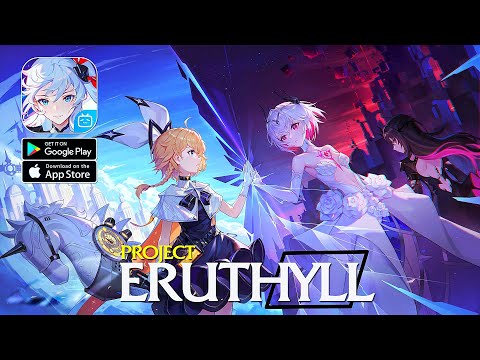 Chinese mobile game, Higan: Eruthyll, to enter beta test in the US