Ghosts of War: WW2 is a first-person shooter with multiple modes. Among them are team battle, "Against all" and the royal battle. There are several maps and each of them refers to separate milestones of the Second World War — Normandy, Algeria, the suburbs of Paris and so on. Of course, the sounds when shooting are so-so, but after each card we pump up our rank, plus we get tokens and experience. With each update, developers add new characters and camouflage.

Ghosts of War: WW2 has everything action fans crave for. The game offers a fascinating adventure for a single player. Historical moments with connection to the story are the distinctive features of this game. Also, this project draws inspiration from genres like shooter, war game, first-person. Ghosts of War: WW2 has been developed by XDEVS LTD. On this page you will find all the information about this game, namely the release date, platforms, videos and screenshots, publications and more. 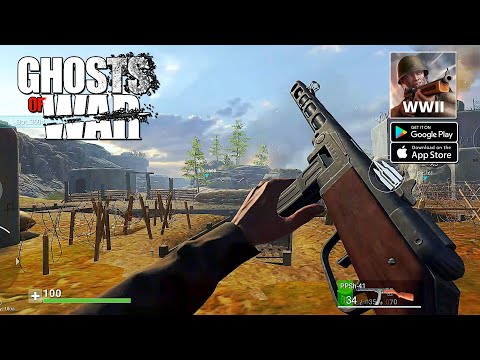