Eternal Evolution is a mobile project. Yes, this is another casual game where we collect a group of rare heroes and get gold with materials for offline pumping. Despite this, the small HERO Game studio decided not to make another anime gacha. Instead, we get futuristic gods, pandarens and alien creatures.

Eternal Evolution has everything rpg fans crave for. The game offers a fascinating adventure for a single player. The setting of the game is the not too distant future, which means players should expect flying cars, laser rifles and other sci-fi inventions. Also, this project draws inspiration from genres like moba, roguelike, games with animals. On this page you will find all the information about this game, namely the release date, platforms, videos and screenshots, publications and more. 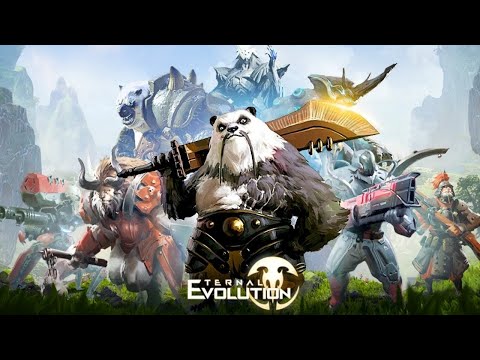 Eternal Evolution is an alternative for RAID: Shadow Legends

Eternal Evolution is a mobile project for Android that is available in Southeastern countries like the Philippines. It has the same gameplay elements as RAID: Shadow Legends. It means players will ...