Empire of Night is a mobile project that is available on Android. In the story, we start as a knight on a white horse, who with his army resists the onslaught of werewolves. Interestingly, at the locations we can control not only the main character, but also his army, giving each of them separate actions. Of course, fights take place in auto mode, where the last word belongs to the one who has the highest overall strength level.

Empire of Night is an interesting mobile game in the strategy genre. Empire of Night is about multiplayer with interesting features. Dark atmosphere of this game sets you for the serious and ongoing events. Also, this project draws inspiration from genres like vampires. Empire of Night has been developed by Bozzy Games. On this page you will find all the information about this game, namely the release date, platforms, videos and screenshots, publications and more. 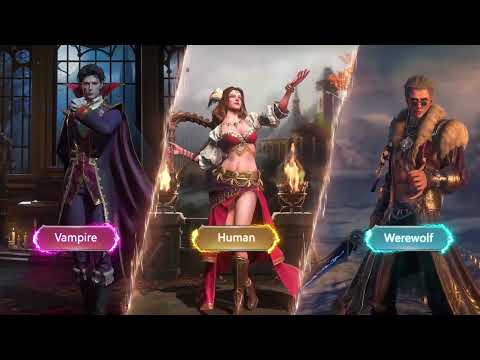 Empire of Night is a strategy game for mobiles that has entered a beta test phase in North America and Europe. You will build and enhance your kingdom and summon rare leaders to increase the amount...