Empire Mobile is a mobile strategy game with elements from idle games. You will control the whole kingdom, which is protected by the Spartans. Gradually, you equip your possessions and capture new territories. During the training, the player watches and even participates in huge fights, invoking the wrath of the Gods on the enemy. Then most of the battles resemble typical idle RPG, where you place a squad in positions and watch how it automatically fights the enemy.

Empire Mobile is an interesting mobile game in the strategy genre. The game offers a fascinating adventure for a single player. Story takes place in a quite unusual fantasy world with many interesting events. Also, this project draws inspiration from genres like war game, top down games. Empire Mobile has been developed by Bolingo Games. On this page you will find all the information about this game, namely the release date, platforms, videos and screenshots, publications and more. 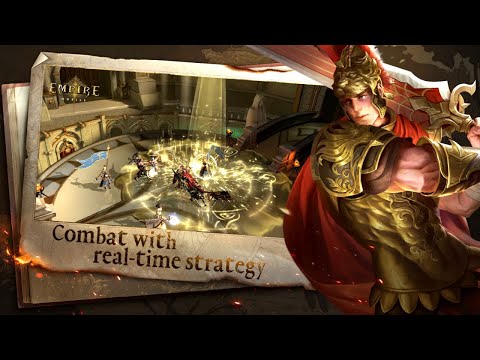 Geo-strategy Empire Mobile lets you play as a Spartan

﻿Empire Mobile is a mobile strategy with some idle elements. You will rule over your kingdom and protect it with the help of Spartans. Gradually, players build new things and expand their territori...

The Lord of the Rings: Rise to War