Dynasty Warriors: Overlords is a smartphone project where you will smash an entire enemy army with one swing of a spear. Let me remind you that the Dynasty Warriors series is based on the Chinese novel "The Three Kingdoms". This is not the first mobile part, but one of the worst — the graphics reach the PlayStation 3 at most, and the localization is Japanese. At the same time, the cut scenes are not shown in full screen, and when viewed on the screen, the inscriptions of other players run, but by their content and artificiality, it can be judged that the developers from VNG Game Studios added them themselves.

Dynasty Warriors: Overlords is an interesting mobile game in the action genre. Gameplay is built upon multiplayer, entertainment, and interaction with other players. Story takes place in a quite unusual fantasy world with many interesting events. Also, this project draws inspiration from genres like hack and slash, third-person. Dynasty Warriors: Overlords has been developed by VNG Game. On this page you will find all the information about this game, namely the release date, platforms, videos and screenshots, publications and more. 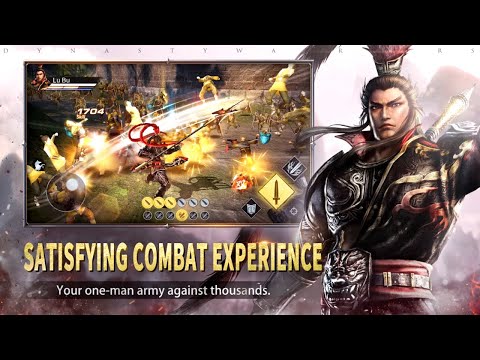 Dynasty Warriors: Overlords has some worst and best game design in the series

Dynasty Warriors: Overlords is a mobile game where you destroy your enemy's army with just one hit. It should be noted that the game is based on a Chinese novel called "Three Kingdoms". It's not th...