DownFall is a mobile bagel with monsters, plague and freaky graphics. In terms of gameplay, we are offered a story campaign, survival against enemy waves, hunting the Devil himself and other modes for farming materials. After clearing the levels, players are offered a choice of one of three passive or active skills. To constantly win, you need to monitor the overall strength of the character. To increase it, you will have to collect rare equipment and pump it; crafting recipes is also available.

DownFall is an interesting mobile game in the rpg genre. It's unusual to bring so much attention to single player in a game like DownFall Dark atmosphere of this game sets you for the serious and ongoing events. Also, this project draws inspiration from genres like hack and slash, roguelike. DownFall has been developed by Rawhand Games. Here we have collected everything about DownFall, namely news, articles, videos, screenshots, user reviews and similar games. 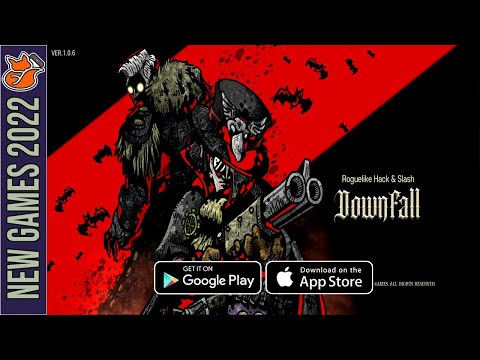 DownFall is a roguelike game on iOS and Android. It has a dark setting and many modes, like story campaign, defeating waves of enemies or challenging Devil himself. Of course, there are some other ...