Gameplay is in the first person. There are separate missions that also start with cut scenes. Apparently we are going through training at the academy, as it was in the first part of Fable. The battles are turn-based, while we can choose what our character casts. Cool music plays in the background, which resembles walking around Hogwarts.

Soul Land: Douluo Continent is an interesting mobile game in the rpg genre. Gameplay is built upon multiplayer, entertainment, and interaction with other players. The main style of the project is anime, which means that the player should expect cute waifus with an emphasis on teenage and adult audience. Also, this project draws inspiration from genres like mmorpg, gacha. On this page you will find all the information about this game, namely the release date, platforms, videos and screenshots, publications and more. 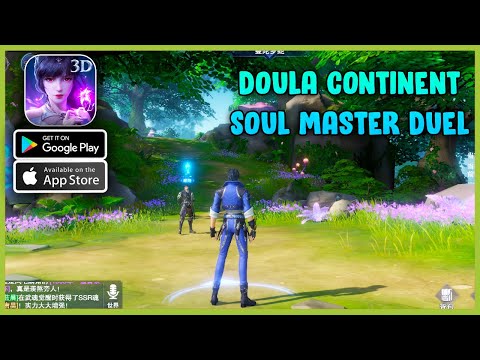 Soul Land: Douluo Continent is a mobile MMORPG with an emphasis on story that's told to us via text dialogues with NPCs. Apart from that, it's a usual suspect of auto-questing, where you manage inv...