Dislyte is an all-new turn-based RPG that incorporates beautiful urban Pop-Fantasy visuals with ancient mythology to create an eye-popping experience! Face off against mythical foes across Greek, Chinese, Norse, and Egyptian mythology to electrified EDM beats and test your skills against other players in the arena.

Dislyte is an interesting mobile game in the rpg genre. Global multiplayer is the key of this project. The game's setting is cyberpunk with corporations, futuristic locations, and implants. Also, this project draws inspiration from genres like gacha. Dislyte has been developed by Lilith Games International. Here we have collected everything about Dislyte, namely news, articles, videos, screenshots, user reviews and similar games. 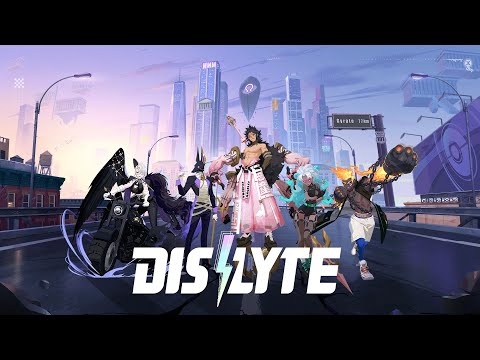 Working promo codes for Dislyte (May 2022)

Dislyte is one of those game you fall in love at first sight. It's got stylish graphics, many Espers to choose from and a catchy soundtrack. It's more like a radio in GTA, but with a cyberpunk twis...

Hero-collector game Dislyte launched on smartphones with a promo code

Dislyte is a mobile game where you collect heroes and upgrade them to defeat the evil ones. The project is available on iOS and Android in many countries. Players will get a realistic picture with...

Dislyte is a mobile project that will enter an open-beta phase on May 10th. The game will be available for both iOS and Android in a few selected countries. As for now, Lilith Games shared some inf...

Dislyte is a new breathtaking odyssey that blends beautiful Urban Pop-Fantasy visuals with classic Mythology in this stunning turn-based RPG dropping in May 2022 via the iOS and Android store. Dis...