The relaunch of the DOOM franchise marked the beginning of a new genre — meaty shooters with vertical gameplay, cut scenes, plot and cool special effects. If you don't believe it, then here's an example — Devil War on Android. Although the game did not have the same budget, but in it you can use firearms and cold steel to finish off demons. By the way, gamers take on the role of a certain Marine in a futuristic suit, who was resurrected to go through all the circles of Hell.

Devil War has everything action fans crave for. It's unusual to bring so much attention to single player in a game like Devil War Dark atmosphere of this game sets you for the serious and ongoing events. Also, this project draws inspiration from genres like shooter, beautiful games, first-person. You will learn about the release date as well as read news, reviews and other stuff related to Devil War. You'll also find user reviews, upcoming events, and more. 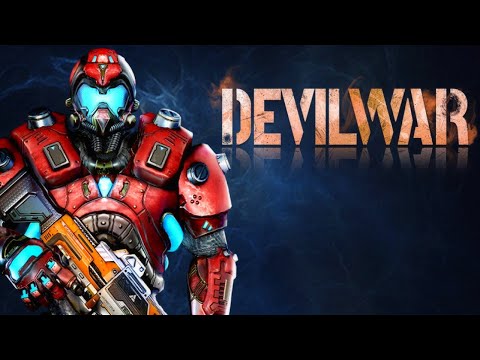