This is the debut project of DCWC studio. Players will assemble their team of superheroes who like to chat without voice acting. In total, there are more than 75 heroes and villains. Among them are the Joker, Harley Quinn, Wonder Woman and so on. At the very beginning, we are again hinted that Superman is evil and Batman will be one of those who will oppose him. The maximum team consists of five heroes. They have a rarity level (gacha).

DC Worlds Collide has everything rpg fans crave for. The game offers a fascinating adventure for a single player. The game is made in the style of a comic book, so players are in for cool art and special effects. Also, this project draws inspiration from genres like turn-based, superheroes, gacha. DC Worlds Collide has been developed by Nuverse. On this page you will find all the information about this game, namely the release date, platforms, videos and screenshots, publications and more. 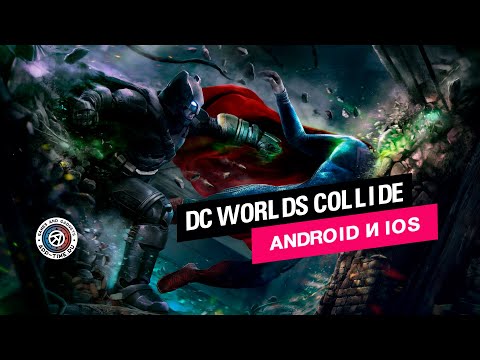 DC Worlds Collide will be closed in September, here's what to do next

DC Worlds Collide is another alternative to RAID: Shadow Legends. If you've always wanted to command Batman, Superman and other DC superheroes, you might have the last chance — the game will be clo...

DC Worlds Collide is a mobile game that is available on iOS and Android in Southeastern Asia. It's a typical hero-collector where you assemble a team of DC superheroes and try to destroy Superman. ...