In it, we have to fight for dominance over other players. This is done in order to eventually take revenge on those who have kept us in slavery for many years. There are several classes to choose from, including knights and robbers. The local setting resembles the Middle Ages with a touch of Scandinavia and Western Europe. The character is controlled by simple swipes and taps on the touch screen. To get an exclusive armor, you need to participate in PvP battles.

Dark Steel is an interesting mobile game in the action genre. The game offers a fascinating adventure for a single player. Historical moments with connection to the story are the distinctive features of this game. Also, this project draws inspiration from genres like medieval. Here we have collected everything about Dark Steel, namely news, articles, videos, screenshots, user reviews and similar games. 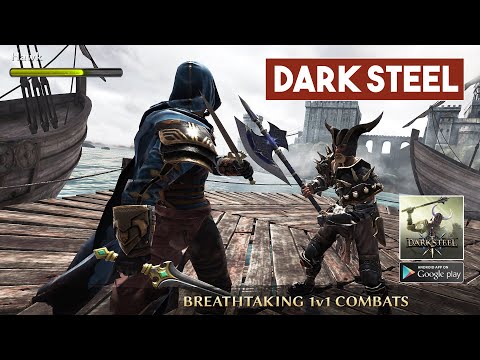 Dark Steel is out on iOS with beta version on Android

Dark Steel is a mobile game that has been released on iOS on October 19th. So far, the Google Play version is in beta testing phase, but it's still available. The game puts emphasis on PvP battles ...