The gameplay and the model of the main character resemble the Prince of Persia, only with a pinch of futurism. By the way, the graphics are very beautiful, somewhere at the level of Genshin Impact and Tower of Fantasy, but it's "soapy" in the distance, and on the ultra preset, even a top smartphone with Snapdragon 8 Gen 1 heats up before leaving the game. Cyberpop has dot graphics and sound settings. As for control, there is a weak and strong attack (the difference in damage is minimal), plus the ability to climb walls or run on them like the same Prince of Persia.

Cyberpop is an interesting mobile game in the rpg genre. It's unusual to bring so much attention to single player in a game like Cyberpop The game's setting is cyberpunk with corporations, futuristic locations, and implants. Also, this project draws inspiration from genres like atmospheric games, third-person. Here we have collected everything about Cyberpop, namely news, articles, videos, screenshots, user reviews and similar games. 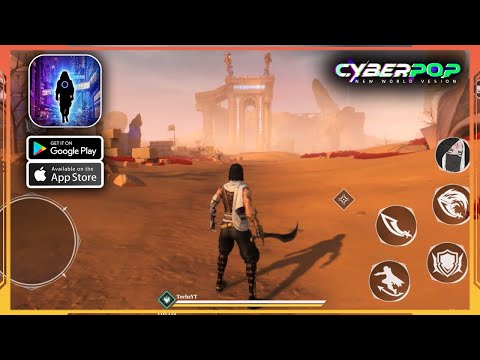 Cyberpop is like Prince of Persia in the future

Cyberpop is a mobile cam that came out on iOS on June 13th, and on Android — on September 12th. At least this is what App Store and Google Play say. The developers of this game claim that it's an a...

Does the game (Cyberpop) work on low end devices?