BraveNine Story is an RPG for smartphones with a great emphasis on text dialogues in the format of "visual novels". The developers have tried their best on the soundtrack and game scenes. Your task is to help civilians and assemble a team of mercenaries, each of them has its own class and rarity level. In the story dialogues, their characters will be revealed, so spend the accumulated currency on gacha.

BraveNine Story is an interesting mobile game in the rpg genre. The game offers a fascinating adventure for a single player. The main style of the project is anime, which means that the player should expect cute waifus with an emphasis on teenage and adult audience. Also, this project draws inspiration from genres like turn-based. BraveNine Story has been developed by Neowiz. On this page you will find all the information about this game, namely the release date, platforms, videos and screenshots, publications and more. 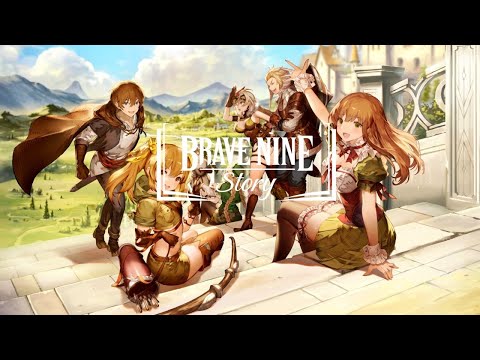 BraveNine Story is a visual novel with a bad English

BraveNine Story is a mobile RPG with a big emphasis on text dialogues between characters. Although the game has an English localization, it's bad and native speakers will most certainly notice gram...