Border Wars is a mobile strategy game with slightly cartoon graphics. In it it is necessary to attack the enemy's camp. If you believe the description, then the game takes place during the Second World War. The gameplay in Border Wars is as follows — we call a squad by buying fighters for money. Until about the sixth mission, everything seems easy, but after that, Hell begins. The main hint from those who have already tried the project is not to send soldiers one by one.

Border Wars: Army Games is an interesting mobile game in the strategy genre. Gameplay is built upon multiplayer, entertainment, and interaction with other players. The cartoon style focuses on fun and sets the appropriate mood. Also, this project draws inspiration from genres like indie game, games about war. Border Wars: Army Games has been developed by Zalmay Apps. On this page you will find all the information about this game, namely the release date, platforms, videos and screenshots, publications and more. 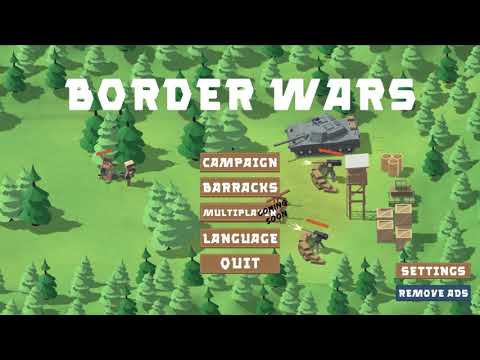