Boom Army is a mobile strategy. Your task is to assemble a deck of units of different rarity, and then enter the arena against another player or bot. During the fights, each of the opponents has energy that gradually accumulates; it is thanks to it that the heroes can be called. By the way, cooler and rarer ones can be knocked out through gacha, they give it a free try.

Boom Army is an interesting mobile game in the card game genre. Global multiplayer is the key of this project. Developers have decided to make their project in a pixel style, which gives the project its own charm. Also, this project draws inspiration from genres like gacha. Here we have collected everything about Boom Army, namely news, articles, videos, screenshots, user reviews and similar games. 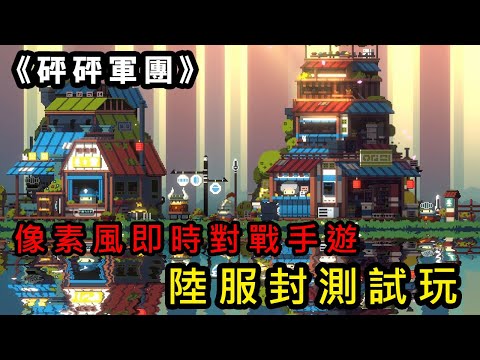 Boom Army is a mobile strategy game with a beta testing on Android; there is no information on the iOS version. Your goal is to collect a deck of heroes so that you can use them later in PvP battle...