Battle Horn: War Rumble Craft is a role—playing game that clearly incorporated the Warcraft Arclight Rumble project into its name. It is unlikely that this will help her gain popularity — she offers vertical gameplay and a swamp palette of colors. Gradually, we get new cards with units and spells, which also need to be pumped. Of course, the developers took care of the combat pass and the energy system, which is solved with the help of a donation.

Battle Horn: War Rumble Craft is an interesting mobile game in the rpg genre. Gameplay is built upon multiplayer, entertainment, and interaction with other players. The cartoon style focuses on fun and sets the appropriate mood. Also, this project draws inspiration from genres like arcade. On this page you will find all the information about this game, namely the release date, platforms, videos and screenshots, publications and more. 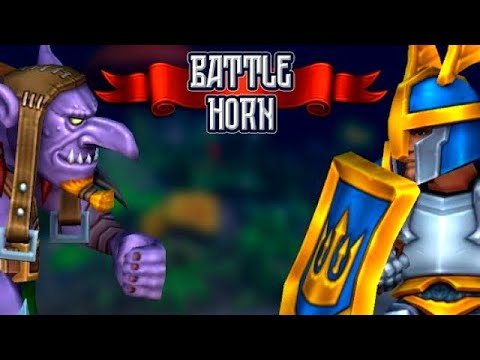 Battle Horn: War Rumble Craft wants to be as popular as Warcraft

Battle Horn: War Rumble Craft is an RPG game on Android. There is no word about the iOS version. Players need to summon units that cost mana and watch at the semi-automatic battles. Judging by the ...