Araka is a mobile MMORPG. The project is made on the Unreal Engine, with its help, players will be able to soar in the sky and participate in huge battles against bosses. If you don't like PvE, then the developers offer cross-server PvP.

Araka has everything rpg fans crave for. Global multiplayer is the key of this project. Story takes place in a quite unusual fantasy world with many interesting events. Also, this project draws inspiration from genres like mmorpg, crafting games, open world. Here we have collected everything about Araka, namely news, articles, videos, screenshots, user reviews and similar games. 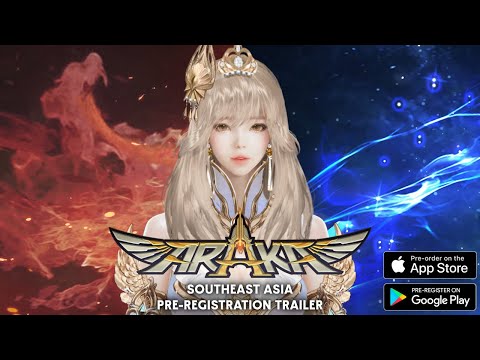 Araka is a mobile project that is available on iOS and Android. The game lets you choose one of four classes: berserk, mage, paladin, or shadow dancer. The graphics and the models are looking great...

MMORPG Araka will launch in Asia next week

Araka is a mobile MMORPG, which will be released on April 19 on both platforms; it will only happen in Southeast Asia, there is no information about the global launch. The project is made with Unre...