Among Gods! RPG Adventure is a mobile role-playing game where you assemble a squad of fantasy heroes from the Middle Ages. As befits the genre, the gameplay begins with an already staffed group, which includes Merlin and King Arthur himself, who complains about the weight of Excalibur. Since these are familiar characters from fairy tales and legends, plus well-voiced and animated, you believe in what is happening.

Among Gods! RPG Adventure is an interesting mobile game in the rpg genre. The main focus in this game is on single-player adventure with attention to details. Dark atmosphere of this game sets you for the serious and ongoing events. Also, this project draws inspiration from genres like beautiful games, gacha. Among Gods! RPG Adventure has been developed by Century Games. On this page you will find all the information about this game, namely the release date, platforms, videos and screenshots, publications and more. 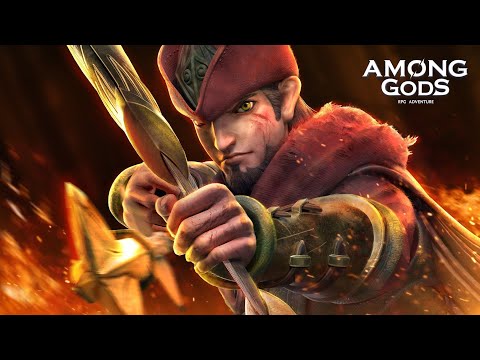 Among Gods: RPG Adventure is like RAID: Shadow Legends, but a bit better?

Among Gods: RPG Adventure is a mobile game that is available in App Store and Google Play. As the name suggests, it's an RPG where you command a group of 3 and maybe more heroes. They fight automat...