Alpha Ace is a mobile shooter that was previously called Global Offensive Mobile. The developers made it less like Counter-Strike and were able to release it on Google Play. As before, the game pleases not only with graphics, but also with shooting. For example, weapons have recoil, and each kill is accompanied by a voiceover and badges for headshot or consecutive kills.

Alpha Ace is an interesting mobile game in the action genre. Global multiplayer is the key of this project. The project is set in the modern days and this setting is quite suitable. Also, this project draws inspiration from genres like shooter. Here we have collected everything about Alpha Ace, namely news, articles, videos, screenshots, user reviews and similar games. 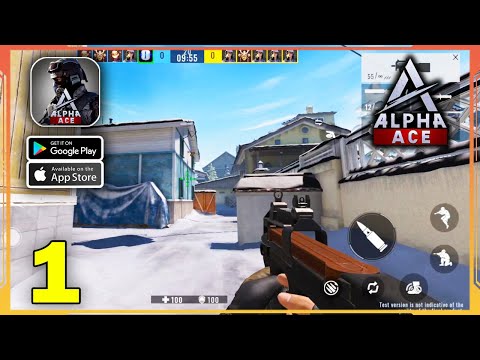 Alpha Ace is a mobile alternative to Counter-Strike that was once even called Global Offensive Mobile. Since then, the shooter has seen some CBTs and now Android gamers can participate in another o...

An early mobile replacement for Counter-Strike is available