Alchemy Quest is a role-playing game with isometric gameplay and different modes. For example, auto-battles with a group of anime characters are replaced by puzzles with dodging squirrels and huge stones. The plot of the game is revealed through text dialogues, unfortunately, not voiced. Meanwhile, to win the battles, you need to correctly arrange the characters (there may be 5 of them in total), which are divided according to the level of pumping and the elements.

Alchemy Quest is an interesting mobile game in the rpg genre. The game offers a fascinating adventure for a single player. The main style of the project is anime, which means that the player should expect cute waifus with an emphasis on teenage and adult audience. Also, this project draws inspiration from genres like top down games, gacha. Alchemy Quest has been developed by Onefun Games. On this page you will find all the information about this game, namely the release date, platforms, videos and screenshots, publications and more. 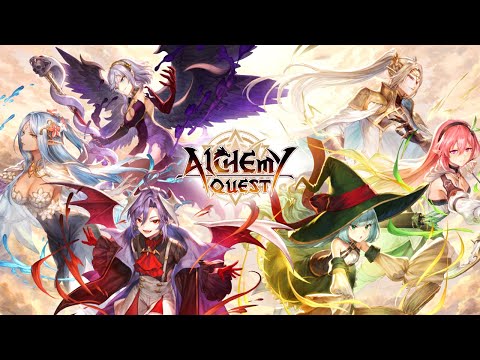 Alchemy Quest is an RPG with isometric gameplay and various modes. Auto-battles will be replaced with interesting puzzles where you have to dodge squirrels and big boulders. As for the story, it's ...