Airship Knights is a pixel RPG where you assemble a squad of heroes who then fly on an airship and automatically fight monsters, probably they are protecting the king, whom the invisible ninjas tried to attack. In general, the introduction is so well done that you forget that this is a mobile game — the characters have a lot of "strong emotions" that are so typical of anime. Well, it can't do without funny moments.

Airship Knights has everything rpg fans crave for. The game offers a fascinating adventure for a single player. Developers have decided to make their project in a pixel style, which gives the project its own charm. Also, this project draws inspiration from genres like turn-based, gacha, indie game, idle games. Airship Knights has been developed by Super Planet. On this page you will find all the information about this game, namely the release date, platforms, videos and screenshots, publications and more. 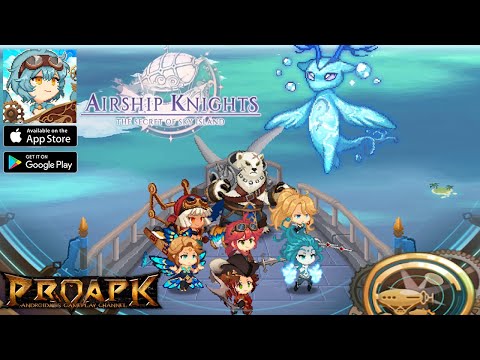